Harmony and Mysterious Unity of the Universe​

Tea is the most widely consumed beverage in the World, following water, with a history of more than 5000 years. Its consumption equals all other manufactured drinks around the globe – including coffee, chocolate, soft drinks, and alcohol – put together.

History of Tea is very fascinating. According to the legend, it was discovered by chance when some tea leaves accidentally blew in Shen Nung’s (the second emperor of China) cup of hot water around 2737 BC.​

Although it is somehow hard to identify how tea came alive, it is generally believed that it has originated in China (north Burma and southwest China) during Shang Dynasty as a medicinal drink. The first drinking of tea was recorded in China in the 10th century BC. It has traveled the world serving to a vast palette of thirsts in many cultures since then.​

茶经​ First Written Book on Tea: "The Classic of Tea" 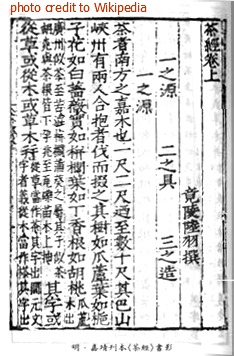 The Classic of Tea  orTea Classic is the very first monograph on tea in the World, written by the Chinese writer Lu Yu between 760 CE and 780 CE during the Tang Dynasty. For Lu Yu, tea symbolized the harmony and mysterious unity of the Universe. "He invested the Ch'a Ching with the concept that dominated the religious thought of his age, whether Buddhist, Taoist, or Confucian: to see in the particular an expression of the universal".​

In his book, Lu Yu explains the origin and history of tea, the benefits of good teas compare to bad teas, the harvest season and growing methods; the characteristics of tea leaves, soil, and topography compared to tea quality; the picking, steaming, pressing, and tea processing tools, as well as drying and storing of collected tea; the utensils to brew tea, the water type and water quality; how to time the boiling water and how to enjoy it by sharing it with an acquaintance.​

Lu Yu describes in detail various types of teas known and their drinking methods, as well as how and when tea drinking started. He cites a collection of literature and historical records on tea legends, tea poems, tea stories, health benefits of tea, tea as medical herb and tea cure formula, as well as tea usage in cooking. He ranks tea producing regions in China, and grades and compares tea quality from these areas. He also gives a list of simplification methods in the cultivation, processing, brewing of tea.​

In the 800’s Buddhist monk, Saicho, brought tea seeds from China to Japan and planted them in Yeisan.​

Then Tea Traveled to the Western World

Tea (named chá) was first introduced to Portuguese priests and merchants in China during the 16th century.

Drinking tea became popular in Britain during the 17th century when Catherine of Braganza, wife of Charles II, introduced the tea habit to Great Britain around 1660, but tea was not widely consumed in Britain until the 18th century. Afternoon tea or tea parties became a common way for aristocratic society to drink tea and it was expensive.

History of Tea took a pivotal turn when the British introduced tea to India, in order to compete with the Chinese monopoly on tea. They later discovered that a variety of tea was endemic to Assam and Northeast region of India and used by local tribes.

Using the Chinese planting and cultivating techniques, British launched a tea industry by offering land in Assam to any European who agreed to cultivate tea for export. The Tea Act of 1773 gave the East India Company control of trading in the Americas, imposing taxes and levies on the colonists.

In the late 19th Century tea companies blossomed in Britain and gave customers a wide variety of choices by blending, branding, and packaging tea themselves.

Tea Bags Were Invented by Mistake

In 1909 Thomas Sullivan a tea importer invented tea bags by mistake. He sent tea to clients in New York wrapped in silk bags, which they steeped in hot water without opening. 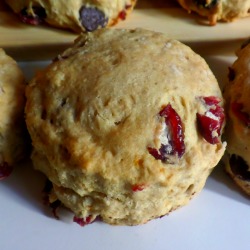